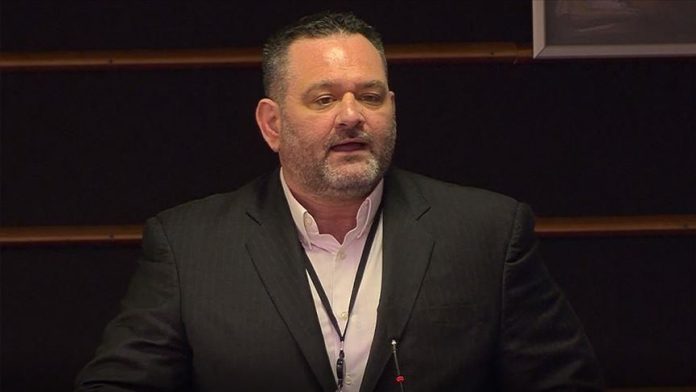 A Greek MEP ripped apart a Turkish flag on the floor of the European Parliament late Wednesday.

The action took place during debate over the large number of refugees on Greek islands, with Greek lawmaker Ionannis Lagos blaming Turkey for the situation before tearing apart a Turkish flag.

In the session, EU lawmakers were debating the humanitarian situation on the Greek islands, when Lagos said most Greeks are against illegal migration.

Lagos then accused the European Union of ignoring the rights of Greeks.

“What situation are we talking about right now… people are killing, stealing… [but] all we are