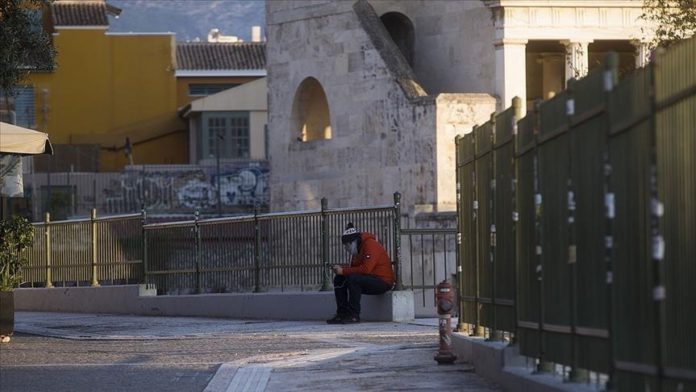 Greek Health Minister Vassilis Kikilias expressed his concern over the situation in Greece concerning the pandemic on Thursday.

“What we are experiencing today is the situation prevailing in the country 15 days ago. Given that mobility increased over the holidays, with the images that we have seen and the epidemiological data appearing each day, the situation worries and concerns us,” Kikilias said, speaking on private Skai TV.

According to epidemiological data, kindergartens and primary schools will open initially on Monday, but this will again depend on experts’ recommendations, said the minister.

“We will do whatever is required to protect public health,” he added, noting that Greece is following a “very serious, scientifically sound and safe vaccination plan.”

“On January 20, we will have vaccinated 100,000 citizens, healthcare and other personnel of the national health system who work in hospitals and private clinics throughout the country,” Kikilias noted.

Meanwhile, Manolis Dermitzakis, a genetics expert at the University of Geneva, said he was “shocked” by the masses of people receiving communion from the same spoon — a Christian orthodox ritual — during the Epiphany celebration on Wednesday and the images of crowded streets.

Speaking also on Skai TV, Dermitzakis said: “I was shocked at how we can operate in such a way at such a time in the pandemic.”

He expressed his concern and fear of a possible rise in cases nationwide and said the fact that people received communion from the same spoon means that “science is institutionally rejected.”

Earlier this week, the Holy Synod of the Church of Greece issued a statement expressing its opposition on the government’s decision to impose a stricter lockdown the week of the Epiphany celebration which included the closure of churches.

Despite the lockdown which was extended till Jan 11, churches were allowed to open with limited attendance on the Epiphany day.