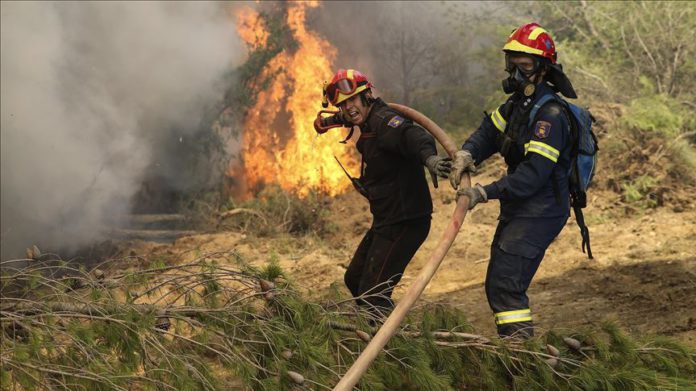 Greek officials announced Friday that a wildfire raging in its third day southwest of the capital Athens had begun to die down.

Having charred acres of woodland, the blaze that erupted in the vicinity of the village of Kehries in the southern Corinth prefecture has been brought under control by a large deployment consisting of 367 firefighter and 92 fire engines in 15 teams.

He added that the fire brigade’s Special Disaster Management Units (EMAK) were operating in the difficult and highly inaccessible areas where the flames had spread.

Meanwhile, two new fires broke out on Friday near the town of Keratea in the East Attica region just west of Athens and in the southern region of the Peloponnese, fire services have reported.

However, the Keratea wildfire is relatively low-risk for nearby residents, as it broke out in an area of low vegetation, according to fire department officials.

Thirty firefighters and 15 fire engines are currently operating in the area, with the blazes partially under control.

In the Peloponnese, 30 firefighters and nine fire engines are trying to control the blaze.