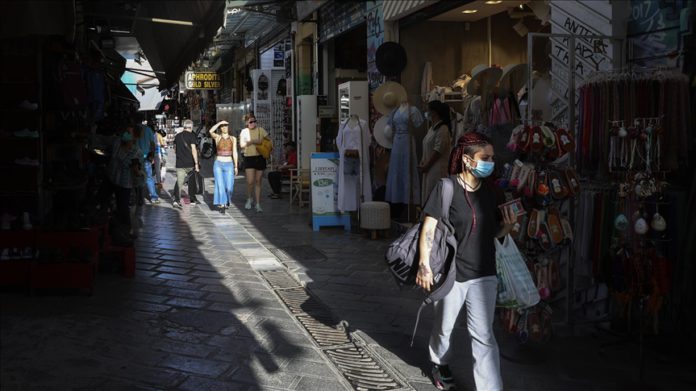 Greek could face a fourth wave of COVID-19 this summer if more people do not get vaccinations and safety rules are not carefully followed, health experts are warning.

Speaking on Mega TV Tuesday, epidemiologist Nikos Sipsas said “we are a hair’s breadth away from a fourth wave” due to the more contagious Delta variant.

“We already have (Delta) cases in Greece, and it will soon cover all of Greece,” he stressed, since a large part of the population still remains unvaccinated.

Sipsas said that a fourth wave should be expected by mid-August.

Panagiotis Arkoumaneas, head of the National Organization for Public Health (EODY), said similarly: “Today – Tuesday – more than 1,500 daily cases should expected as the virus load continued to rise in Greece over the past 10 days.”

In an interview with Skai radio, Arkoumaneas said the average age of cases has dropped to 27 years old, adding that more than 50% of the cases in below-30s were contracted through engaging in night life.

Greece to date has completed more than 4 million complete two-jab vaccinations while more than 5 million have gotten at least one jab.

The lowest vaccination rates have been recorded in central Greece, including the capital Athens, with 39% of the population having gotten one dose and 31% both doses.

Greece has recorded a total of 426,963 cases since the start of the pandemic, while on Monday 801 cases were recorded.