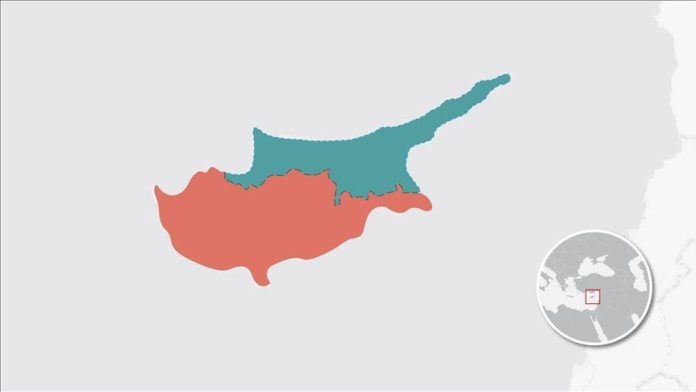 In efforts to solve the Cyprus dispute, the proper place for the Greek Cypriot administration to address itself is the neighboring Turkish Cypriot state, not Turkey, said the Turkish Republic of Northern Cyprus (TRNC) presidency on Saturday.

“The Greek side’s effort to address Turkey is a reflection that they see themselves as the sole sovereign of Cyprus and (see) the Turkish Cypriot people as a minority subject to the illegitimate so-called ‘Republic of Cyprus’ under their occupation, and this is the main reason why the Cyprus problem cannot be resolved,” said a presidential statement.

The statement came in response to Greek Cypriot leader Nicos Anastasiades’ remarks saying the Greek side “will not accept any preconditions put forward by Turkey” for dialogue and claiming “there is a common ground for the talks to resume.”

The Turkish Cypriot presidency added: “A solution and reconciliation in Cyprus can be achieved as a result of official negotiations to be held upon the parties’ respect for each other’s acquired/existing rights, their acceptance, and implementation,” it added.

The statement said the Turkish Cypriot side will continue to do what is necessary to protect its “sovereign equal rights” as long as the Greek Cypriot side continues to falsely claim that it represents the entire island.

No ‘common ground’ yet

The presidency also rebuffed Anastasiades’ claim of common ground, saying: “UN Secretary-General Guterres, in his statement at the end of the 5+UN informal meetings held in Geneva on April 29, 2021, said that there was not ‘sufficient common ground,’ but he will continue his efforts.”

“Despite this statement, Mr. Anastasiades’ statement that the necessary common ground exists is in contradiction with the statement of the Secretary-General and is, to say the least, a deception,” it added.

The presidency added that the principles of sovereign equality and equal international status that it has expressed are not a prerequisite, but our “equal inherent rights.”

“The Turkish Cypriot side has all the rights claimed and used by the Greek Cypriot side. This includes the right to be a separate, independent, and sovereign State,” it added.

It decried how the Greek Cypriot side tries to illicitly usurp the title of “Republic of Cyprus” for itself over the whole island.

“This title, devoid of any legal, political, or de facto basis, is currently the biggest obstacle to negotiations. It is out of the question for the Turkish Cypriot side to accept this precondition,” it added.