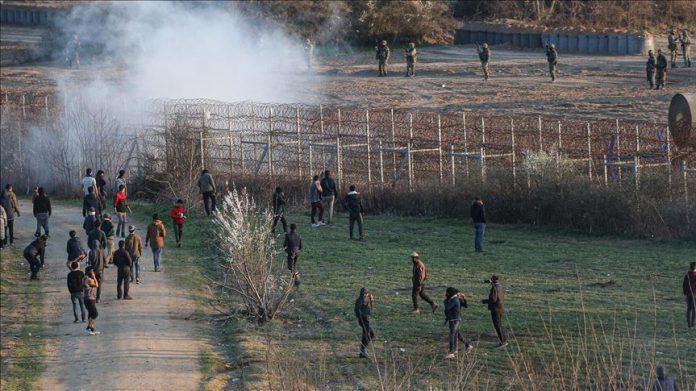 Targeting asylum seekers at the border, Greek forces are sharpening the harm their gas bombs can do through the use of giant fans.

On Thursday, as the local winds shifted across the border from Edirne, northwestern Turkey, Greek border guards found the gas they deployed against asylum seekers would mostly turn back and hurt their own ranks.

So they rolled out giant fans mounted on military vehicles to blow the gases in a direction that only the asylum seekers would feel, and suffer from.