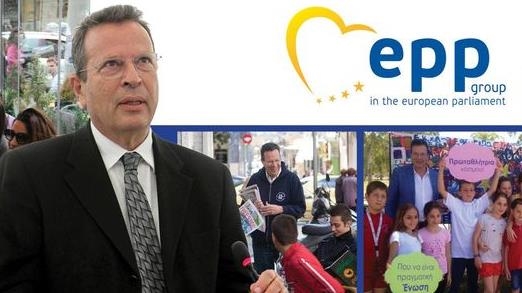 The New Democracy (ND) expelled Member of European Parliament Giorgos Kyrtsos on Friday, according to a statement by the party.

The decision was made by ND Political Committee Secretary Pavlos Marinakis.

“Mr. Kyrtsos, who was elected with ND’s ballot with a mandate to promote the Greek position in the European Parliament, is doing exactly the opposite with his posts,” ND said in a statement.

“He is discrediting the country worldwide by questioning the independence of Greek justice and comparing Greece with countries that violate the rule of law. His stance is insulting for all those that trusted him to represent them,” according to the statement. “Any criticism of the government was tolerated, even if they exceeded the limits. There can be no tolerance, however, for defaming the country.”

According to the case file submitted to the parliament, Novartis allegedly bribed politicians, senior bureaucrats and doctors between 2006 and 2015 to inflate medicine prices and increase sales to public hospitals.

Euro area unemployment at 7% in December