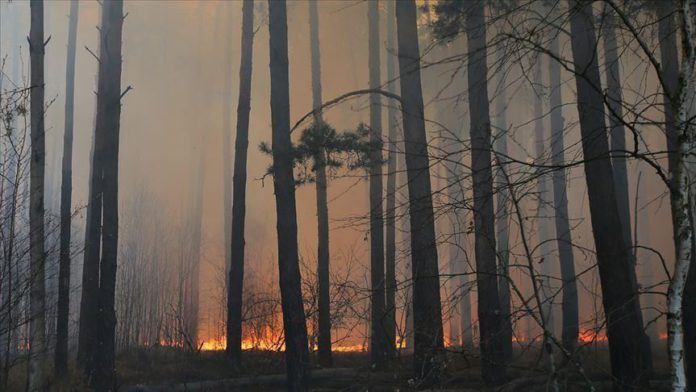 A wildfire that broke out in southern Greece on Wednesday continues to rage, burning houses and acres of forestland and forcing authorities to evacuate several villages in the area.

In efforts to control the blaze, 236 firefighters were deployed in Kechires, Corinth, along with 54 vehicles, and six helicopters and four aircraft. No casualties have been reported so far.

Strong and erratic winds have been igniting smaller fires across the region, the local Skas TV network reported.

Fire brigades evacuated the Athikia village and a nearby boarding school, as well as a children’s summer camp and several other residential areas.

Local media reported that five other fires continued to burn in the south of Greece and others parts of the country.

In July 2018, Greece suffered one of the worst fires in its history in the seaside resort of Mati and other areas east of Athens, killing 102 people and destroying more than a thousand homes.

Several people died after being trapped by flames and others drowned in the sea trying to escape the rage of the fire.