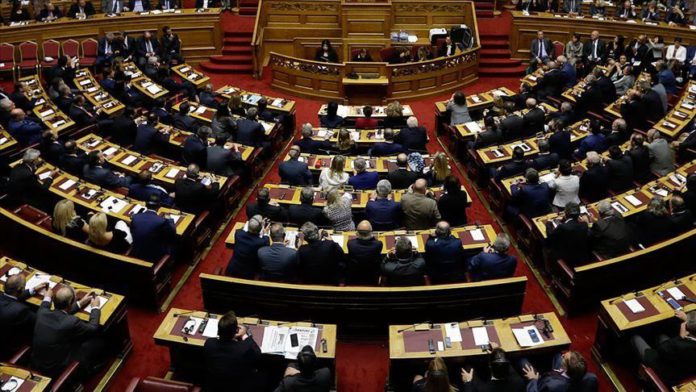 Greece’s parliament Wednesday announced a one-day delay in debate and voting on controversial maritime deals with Egypt and Italy.

The votes on the maritime deals come on the heels of Monday visits by German Foreign Minister Heiko Maas to Greece and Turkey, encouraging both countries to engage in dialogue to avoid conflict in the Eastern Mediterranean.

It added that the demarcated area in the pact is located on Turkey’s continental shelf, as Ankara has reported to the UN.

In the future Greece could also extend its territorial waters in other maritime areas, he added.

In the mid-1990s, Greece had similarly attempted to extend its territorial waters in the Aegean Sea to 12 miles, but scuttled the plan after Turkey declared such a move would be a casus belli or cause for war.