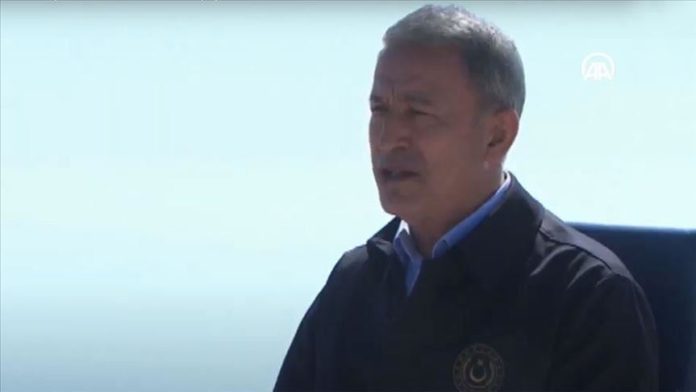 Greece should put aside ‘provocative behavior’ that raises tension in region, Hulusi Akar said in an interview with Anadolu Agency’s Editor-in-Chief Metin Mutanoglu in the Mediterranean resort city of Antalya.

Underlining the importance of diplomacy in resolving disputes, Akar said Turkey is always on the side of dialogue and negotiation.

However, he added that the country would continue to defend its rights in the region.

Akar also criticized French President Emmanuel Macron’s attitude towards the dispute in the region, calling on Greeks not to fall for initiatives he is leading to “save himself.”