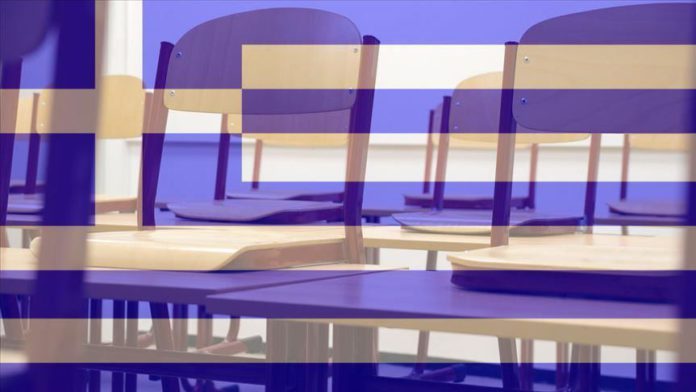 The Turkish minority in Greece is pushing for the inclusion of Turkish lessons in the curriculums of state kindergartens in regions where many Turkish Muslims live, they said in a joint statement Thursday.

As the Greek Education Ministry plans to start English-language activities in kindergartens next year, the Turkish minority asked the government to also offer Turkish lessons.

The joint statement was signed by many local parties and NGOS, including the Friendship Equality Peace Party (FEP).

The statement stressed that the Turkish minority has educational autonomy and rights under the 1923 Treaty of Lausanne.

“We would like to convey our request to the competent ministry to include this practice in the kindergartens in the regions where the minority lives and teach the Turkish language as well as the English language with the same creative activities,” the statement said.

The statement underlined that there are countless kindergartens within the European Union providing bilingual education.

The Greek policy of mandatory kindergarten started in 2017, under which minority children attend state kindergartens where the language of education is Greek.

Since then the Turkish minority in Greece has been asking the government for bilingual kindergartens, a demand that has gone unanswered.

Greece’s Western Thrace region is home to a substantial Muslim Turkish population of around 150,000.