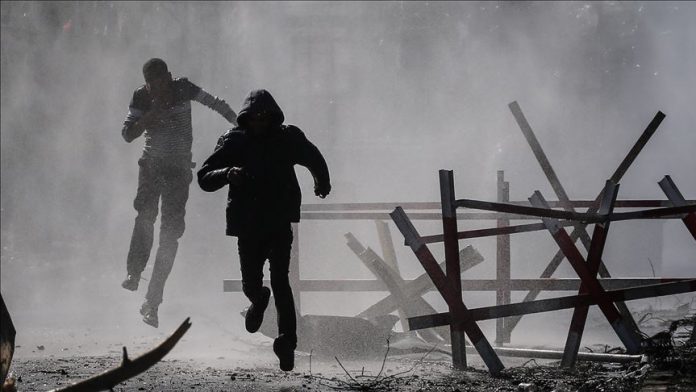 Greece on Friday placed 5-foot concrete blocks at its Kastanies border crossing with Turkey to stop the entry of asylum seekers.

Three gas canisters fell inside the compound of a gendarmerie station on the Turkish side.

In the two weeks since asylum seekers were able to reach the border, nearly 2,500 have been wounded by Greek border guards who use disproportionate violence.

Last month, Turkey opened its borders to Europe for asylum seekers accusing the EU of

Borsa Istanbul down in opening session