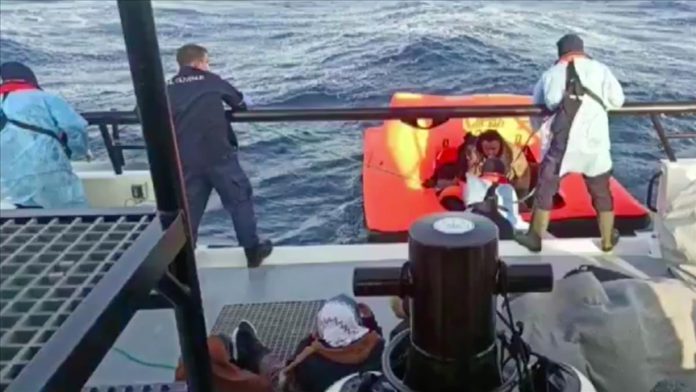 Turkey’s interior minister urged the EU on Monday to hold Greece responsible for its “murders” of asylum seekers.

Soylu shared a video showing the moments of the irregular migrants’ rescue and one of them speaking about what they experienced with Greek officers.

Torture and inhumane treatment by Greece has now turned into murder.
Won’t Greece be held responsible for these murders ignored by @Frontex?@EU_Commissionhttps://t.co/ac1KIifyRr pic.twitter.com/nsrXRBdcgL

In the video, the man recounts the bad treatment he and the others received from the officers and that three out of five irregular migrants who were stranded at sea lost their lives as their boat deflated.

Soylu also shared a statement by the Turkish Coast Guard Command on the incident which said that on Dec. 19, teams were dispatched to the area to rescue the irregular migrants, who were reportedly stranded on three boats.

“While they were being embarked on lifeboats in order to be left to Turkish territorial waters, five migrants fell into the sea from a punctured lifeboat,” it cited migrants as saying.