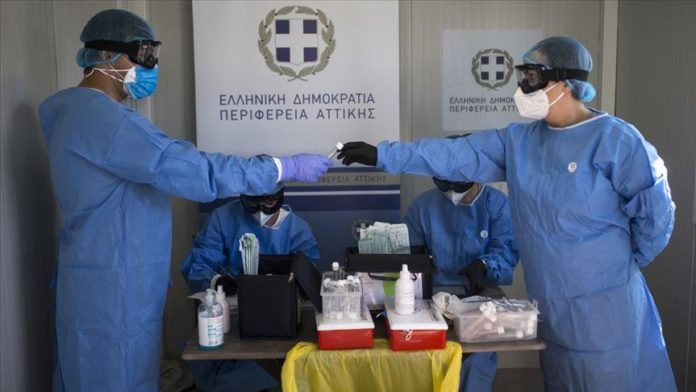 The total number of confirmed cases has jumped to 27,334 since late February with 3,672 related to traveling abroad, while 10,802 of them linked to reported cases within the country.

Of the total new cases Wednesday, 44 were reported at the country’s entry points.

The National Public Health Organization also announced six more deaths over the past day, bringing the death toll to 534.

Meanwhile, Deputy Civil Protection Minister Nikos Hardalias held an emergency press briefing after the announcement of new cases and a surge in the northern part of the country.

The minister said that a local lockdown will be imposed on Friday in the northern Kastoria region, after infections climbed.

Citizens of Kastoria will have to wear face masks in public, while private gatherings will be banned. Traveling outside the region will be banned, while shops, gyms, courts, restaurants, cinemas, museums, and archaeological sites will close.