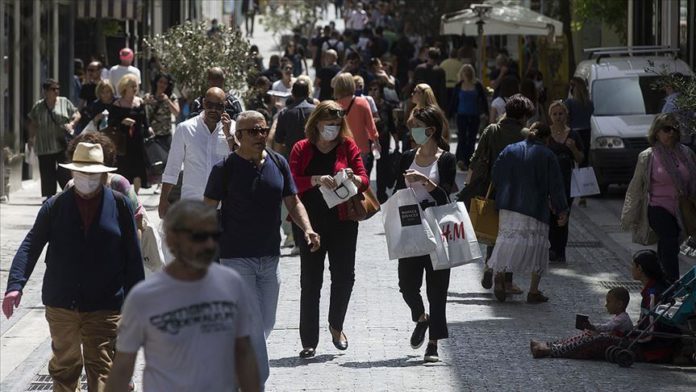 Greece on Thursday registered a record 153 new cases of the novel coronavirus, with 11 detected at the country’s airports and other entry points.

Forty cases were reported in the capital Athens and 38 in Thessaloniki, 14 in Larissa and nine cases traced to a restaurant in Cyclades.

The total number of cases has now reached 5,123 since the pandemic broke out in Greece, with over half being men (54.6%), according to the National Organization for Public Health (EODY).

Greece managed to contain the spread of the virus through early measures, placing the country in lockdown in March.

However, daily case numbers have steeply increased after the lockdown was lifted, thought to have been caused by poor compliance with health precautions.

Authorities sealed a popular beach bar on Mykonos island after seven employees tested positive for the virus, Skai tv reported, while officials on Ikaria island intervened in a village celebration with dozens of people.

In a press briefing on Thursday, government spokesman Stelios Petsas expressed concern on the sudden hike in infections, as well as frequent travel to and from other Balkan countries that were also suffering high case numbers.