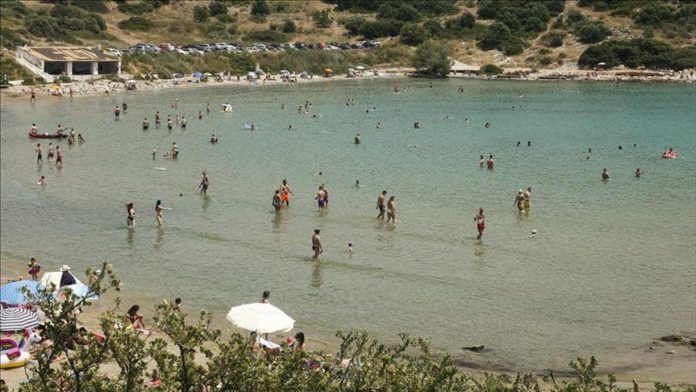 Greece kickstarted its tourism season on Monday after three months in lockdown.

The country’s two main international airports in Athens and Thessaloniki were reopened.

Also, hotels and museums were reopened despite fears of a second wave of the pandemic.

As of Monday, Greece restarted international flights, while restrictions will be lifted for passengers coming from Italy, Spain and the Netherlands. Restrictions are still imposed for tourists from Britain and Turkey.

The country relies heavily on tourism accounting for almost 20% of its gross domestic product (GDP) and it is much awaited by the government after a decade of economic recession that it had just managed to overcome.

It managed to contain the spread of the virus with the government’s decision to impose early lockdown measures in March and keeping its total number of confirmed cases to 3,121 and 183 deaths.

Tourists that arrive at Athens airport from high risk countries, according to the European Union’s aviation safety agency, will be tested for the virus and will be quarantined for 14 days depending on the outcome of the test.

Other passengers will be randomly tested.

“For sure the re-opening of the borders is a necessary step as we cannot stay like this, however it poses risks,” microbiologist Alkiviadis Batopoulos told Skai TV, adding that overcrowding should be avoided as the virus spreads fast.

The second phase of easing restrictions will start on July 1 with flights resuming to all Greek airports and from all countries.

Brent oil may soon hit below $10 a barrel: Experts