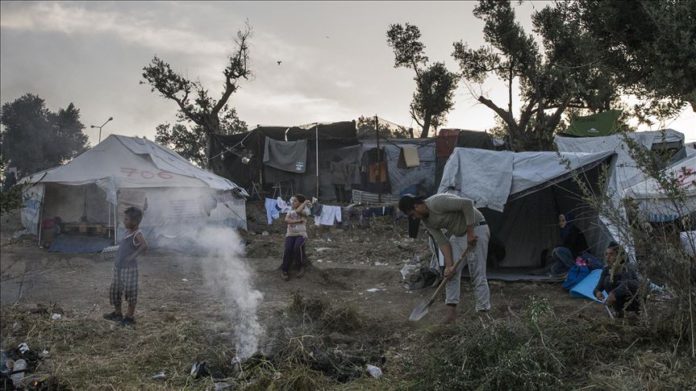 The first coronavirus case was reported in the Moria refugee camp on the eastern Aegean island of Lesvos, Greece, local media reported on Wednesday.

The man was in Athens but returned to the Lesvos island after not being able to settle the capital.

A team from the National Organization of Public Health (EODY) will investigate the situation to trace back people whom the infected refugee came into contact, according the to report.

The Moria camp, which currently hosts more than 20,000 though originally designated to accommodate 3,000, has been criticized several times for its unhygienic and inhumane living conditions.

Most are living cramped with limited or no access to fresh water and without any hygiene measures.

Experts have several times warned that the situation in the camp is not only a humanitarian issue but a risk in the fight against the pandemic as well.

Trump to withdraw US from Open Skies Treaty: reports