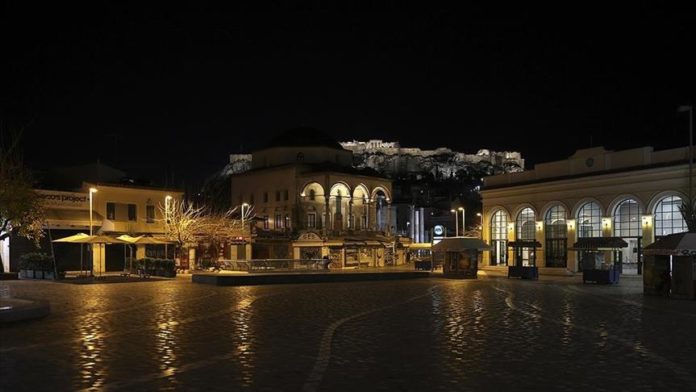 Greece registered 3,215 coronavirus cases on Tuesday, a record since the beginning of the year, with the most occurring in the capital.

Athens recorded 1,572 new cases, nearly half the total, and almost three times greater than the 556 registered on Monday.

The second city, Thessaloniki, registered 395 infections after it recorded 108 on Monday.

Greece has confirmed a total of 209,462 cases and 46 deaths in the last 24 hours, according to health authorities.

The number of fatalities since the first case was detected is now 6,843 and the number of hospitalized patients on ventilators stands at 484.

As cases continue to surge in the Attica region, hospital occupancy rates registered at more than 90%, while coronavirus wards have reached almost 82%, according to official figures.

Health Minister Vassilis Kikillias told the Skai radio station that the health system “exceeded its capabilities long time ago” and the next two or three weeks would be difficult for health authorities.

Kikillias also noted that fresh coronavirus patients could have to be transported to hospitals outside the Attica region.

Meanwhile, in a bid to ease pressure on public hospitals, two private clinics will be included voluntarily in the treatment of COVID-19, Kikilias said in an announcement.

“From the first day of this unprecedented crisis, we have been acting on the basis of an organized, realistic and dynamic plan to defend public health,” he said.

“In this context, and now that Attica is under the greatest pressure since the beginning of the pandemic, we are implementing, as I have already announced, the emergency plan, joining forces with the private sector.”