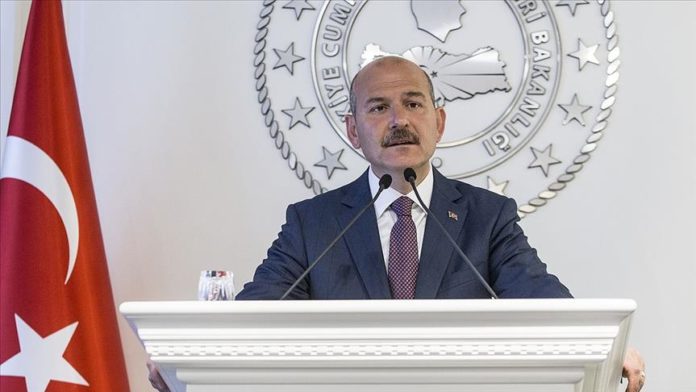 “We strongly condemn @Frontex and @Europarl_EN for ignoring this inhuman treatment that stands every day @nmitarakis,” Soylu said, attaching footage showing an inflatable boat of asylum seekers pushed by the Greek Coast Guard.

The video recording also showed one of the asylum seekers who recounted how they were pushed by the Greek forces towards Turkey and later rescued by the Turkish Coast Guard.

Turkey has repeatedly condemned Greece’s illegal practice of pushing back asylum seekers, saying that it violates humanitarian values and international law by endangering the lives of vulnerable people, including women and children.

The EU observer had also reported that Greece ordered its coast guard to push asylum seekers to Turkish territorial waters, according to a string of emails exchanged between Frontex and the Greek Coast Guard.

“A redacted chain email from the EU’s border agency, Frontex, made available following a freedom of information request, clearly shows that the Hellenic Coast Guard (HCG) received orders to push migrants back into Turkish territorial waters,” read the report.