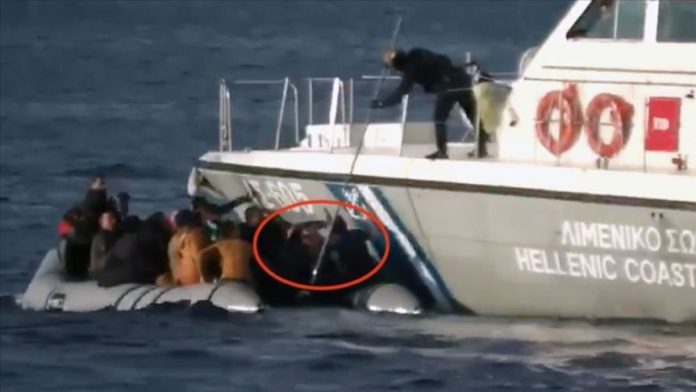 Greece ordered its coast guard to push asylum seekers to Turkish territorial waters, according to a string of emails exchanged between EU border agency Frontex and the Greek coast guard.

“Such pushbacks are illegal under international law given that people have the right to enter Greece to claim asylum,” it added.

In an e-mail dated March 6, 2020, an officer of the Greek coast guard reported that he was given instructions to push asylum seekers in a rubber boat to Turkish territorial waters.

A Danish coast guard officer in the area did not follow the instructions and reported the situation to his superiors.

Later, the asylum seekers were taken to the Kos Port.

Frontex Director Fabrice Leggeri described the incident as a “misunderstanding”, but the European Parliament has requested an investigation, noting that similar push-backs occur frequently.

Greek officials claim that they comply with international law and that the allegations in question are not true, although Frontex e-mails clearly documented the push-back instructions.