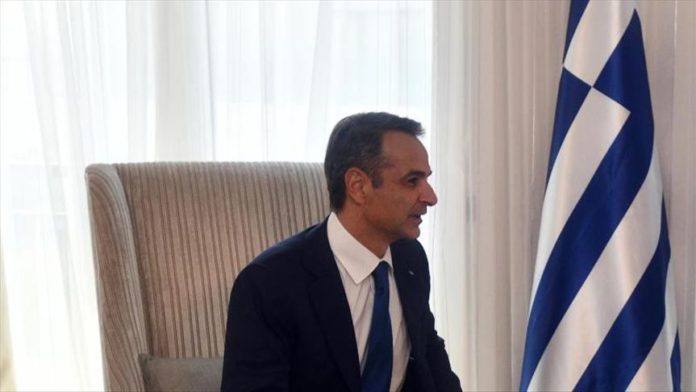 Turkey’s decision to announce new exploration in the Eastern Mediterranean raised alarms in Greece Monday as Athens responded with its own notice and by placing its navy on alert.

Mitsotakis also had a phone call with European Council President Charles Michel to discuss the latest developments in the region as well as last week’s controversial Greek-Egyptian maritime border deal, according to a Prime Ministry statement.

Meanwhile, citing military sources, some Greek media outlets reported that the Greek army is on high alert and canceled leave for soldiers.

Christodoulides also spoke with his Greek counterpart about the situation in the Eastern Mediterranean.

Giving the news extensive coverage, Greek Cypriot media reported that the latest move might raise tensions between Greece and Turkey.

The media also reported Turkish President Recep Tayyip Erdogan’s Aug. 7 remarks accusing Greece of failing to fulfill its promises and announcing that Turkey will resume energy research in the region.

The Oruc Reis, along with the ships Ataman and Cengiz Han, will continue seismic activities in the Eastern Mediterranean until Aug. 23.