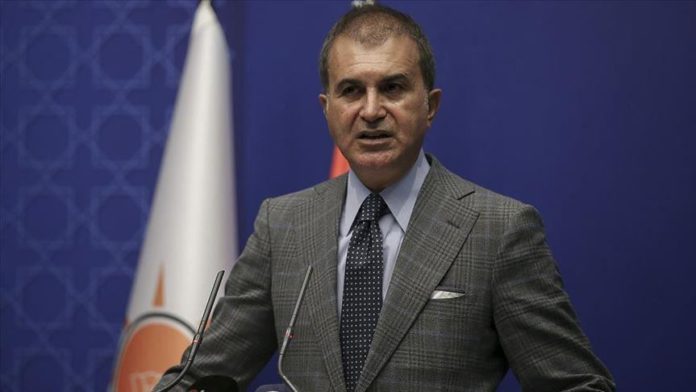 Greece is now a rogue state in the Eastern Mediterranean Sea, overreaching and crossing the line, said Turkey’s ruling party spokesman on Tuesday.

Turkey will not accept or forgive any action or bluff against its “Blue Homeland” policy of its maritime territory, Omer Celik, spokesman for the Justice and Development (AK) Party, told reporters after a party board meeting.

On the actions in the region of France – which has supported Greek efforts to restrict Turkey to its shores – he said France gains nothing by bringing warjets to the Eastern Mediterranean or holding drills with the Greek Cypriot administration.

Greece has also recently carried out military drills – including with France – meant to intimidate Turkey into stopping energy exploration, as well as illegally armed Aegean islands, in violation of longstanding peace treaties.