TurkishPress
Home News Greece: No intermediaries in talks with Turkey 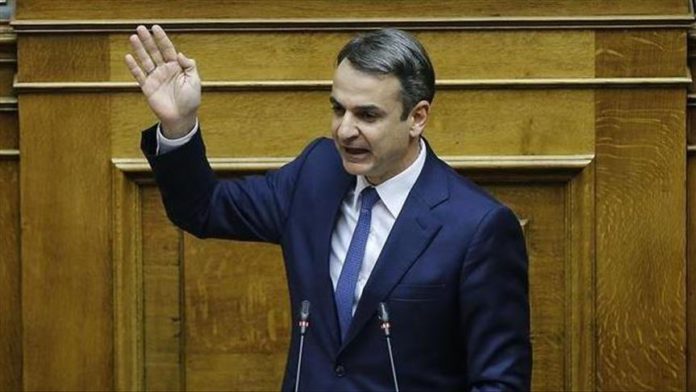 Greece on Tuesday dismissed claims that Germany had mediated a talk with its eastern neighbor Turkey.

“We don’t need intermediaries or referees,” Prime Minister Kyriakos Mitsotakis said in an interview with Skai Radio on Tuesday, referring to reports that he recently had a phone call with Turkish President Recep Tayyip Erdogan after mediation by German Chancellor Angela Merkel.

“We are neighbors, we have significant differences, but that doesn’t mean we shouldn’t talk,” MItsotakis said, stressing the importance of dialogue.

The Greek premier and Turkish president spoke on June 26 after a pause for several months, according to local media reports.

“It’s very important that the official channels of communication have been restored […] that now we can pick up the phone at any moment and speak to the other about an issue,” Mitsotakis said.

On a recent debate among EU members about a list of safe countries for travel amid the novel coronavirus pandemic, Mitsotakis said: “Greece was not the one in the EU that insisted on excluding Turkey from the first opening of the border.”

Turkey last week expressed “disappointment” to the EU over its decision to maintain a travel ban on Turkish nationals amid the COVID-19 outbreak.