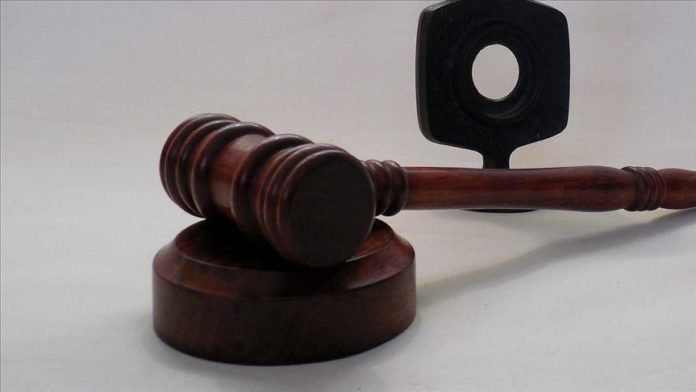 An Athens court on Thursday announced the imprisonment of the entire leadership of Greece’s neo-Nazi Golden Dawn party after rejecting the prosecutor’s suggestion for suspension of their sentences.

Last week, the prosecutor in the Golden Dawn trial, Adamantia Economou, suggested that all former MPs should remain free with restrictions until their appeal goes to trial.

The leadership of the neo-Nazi political group was sentenced to 13 years imprisonment.

Giorgos Roupakias, who murdered leftist musician Pavlos Fyssas in 2013 and was sentenced to life in prison with an additional 10 years for his membership in the party.

In total, the court ruled that 38 from the 50 defendants would serve jail time including its 13 MPs, while 12 from the defendants were given suspended sentences and will remain free with restrictions until their appeal is heard.

One of its core members, Ilias Kasidiaris, appeared at the police station after a voluntary announcement, local media reported.

Earlier in October, the Athens Court of Appeals after a long-running trial found the leadership of the far-right Golden Dawn party guilty on charges of forming a criminal organization.

The trial came to an end following over 450 hearings since 2015, when it began.

The Golden Dawn was formed in 1980, but was not registered as a political party until 1993.

Its political breakthrough came in 2012 elections when it got 6.92% of the votes, making it Greece’s fifth-largest political group and enabling it to enter the parliament for the first time.It won three seats in the European Parliament after winning 9.4% of the votes in the 2014 European elections.

But in 2019, it was unable to win any seats, leaving it out of the parliament. Its rise coincided with the European economic crisis, which saw Greece suffer tremendous recession, job losses, and budget cuts, which then led to a bailout from EU partners and strict austerity measures.

Turkey's Borsa Istanbul up over 1.1% at open