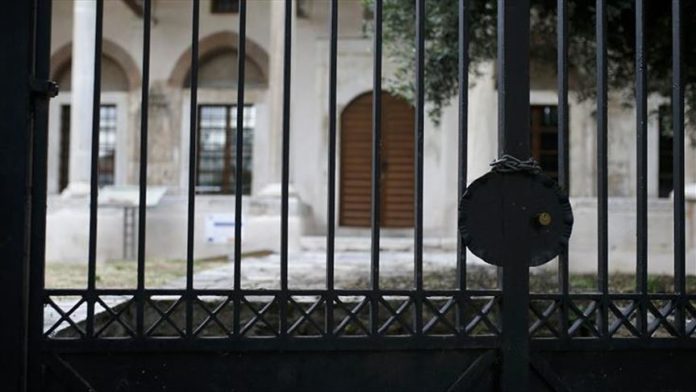 Greece is closing down one of the oldest Muslim prayer halls in the greater Athens metropolitan area.

Saying the facility lacks a license to operate, the Education and Religious Affairs Ministry gave a 15-day notice to clear the premises in Piraeus, a port city just 12 kilometers (seven miles) from the Athens city center.

“We are sad to announce that we received a closure order for one of the oldest prayer halls of the capital…without any chance of negotiating with the ministry,” said the Muslim Association of Greece in a press release.

The Al Andalus prayer hall has been operating since 1989, according to the association.

“We believe that acceptance and recognition is evolving in society,” said the press release. “That is why we consider this unexpected closing a symbolic act on behalf of the government that wants to suppress religious expression when it is not coming from the predominant religion.”

Greece has a sizeable Muslim population, including a quarter-million Muslims in metropolitan Athens.

The Turkish Muslim minority in Greece has complained that their exercise of religion is stifled, including the right to choose their own muftis and the administrators of Muslim pious endowments (waqfs), rather than ones appointed by the state.

Last June, after years of delays, a new mosque nominally opened in Athens, but so far it lacks an imam, so it is not yet open for worship, leaving Athens the only capital in Europe without an official mosque.