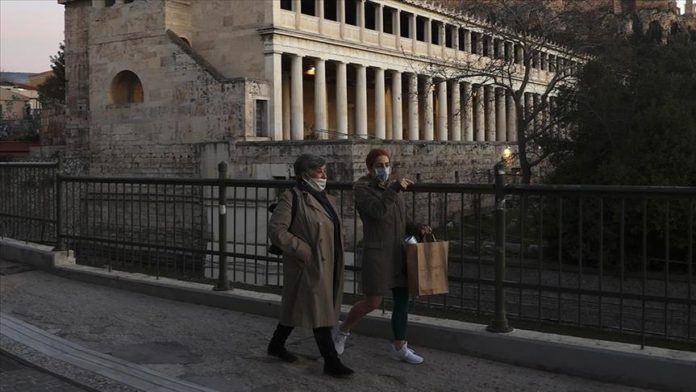 As of Saturday, the nationwide nighttime curfew will start at 9 p.m. local time on weekends, instead of 7 p.m. implemented so far, Deputy Minister to the Prime Minister Akis Skertsos said in a regular weekly briefing.

Starting Monday, hair and beauty salons will reopen and will operate by appointment while archeological sites and parks will also open to the public with social distancing measures in place and mandatory use of a face mask.

Churches in the country will operate as of Sunday and on March 25, and also for services linked to Easter, according to the new regulations.

Meanwhile, health authorities confirmed another 2,785 infections, while the number of intubations stood at 649, remaining at its highest level.

The Attica region remains as the epicenter of the outbreak with almost half — 1,281 — of the new infections recorded in the region.

The overall tally of infections in the country has reached 233,079 since the start of the pandemic.

The death toll stood at 7,361 with 64 fatalities registered in the last 24 hours, health authorities said.

With the number of intubated patients rising, Greece’s health system is struggling to keep up with the demand.

All available ICUs at 11 Athenian hospitals were full, according to the Federation of Public Hospital Employees.

Experts attribute the spike in cases to the British virus strain as the country reported a total of 2,467 cases of the British variant on Thursday, according to the Genomic Surveillance Network figures.