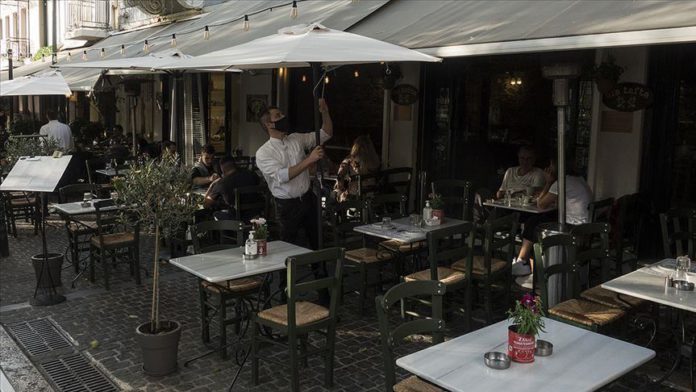 Following days of surging infections, Greece on Saturday announced it will tighten its coronavirus safety measures from next week.

New curbs will be imposed for at least a month in the worst-hit areas – northern parts of the country and the Attica region – starting Tuesday, Prime Minister Kyriakos Mitsotakis said in a televised address.

The measures, the first since Greece lifted its initial lockdown in May, come after a record spike of 1,690 new cases on Friday pushed the country’s overall case count to 37,196, including 620 deaths.

Under the new plan, 50% of public and private sector employees will work from home, while universities will practice distance learning, according to the premier.

Bars, cafes, cinemas, gyms, and museums in high-risk areas will be closed, but restaurants will be allowed to offer deliveries and takeaway service.

Retail shops will also remain open and there will be no curbs on travel within the country.

Wearing masks will be mandatory throughout the country in all indoor and outdoor spaces, while a curfew will remain in effect from 12 midnight to 5 a.m. in all areas.

“This is a necessary adjustment of our defense against the virus as it manifests in waves. Scientists warn that a new wave will shake the resilience of our health system,” Mitsotakis said.

He said such a situation will be difficult for citizens and also be a challenge for doctors and nurses.

The premier said he wanted to announce the measures on Friday, but had to put off the plan due to the Aegean earthquake and the situation on the island of Samos.

“I emphasized that despite the difficulties in our relations, the unity of our peoples is of paramount importance at this moment, and I thank him for his positive response.”