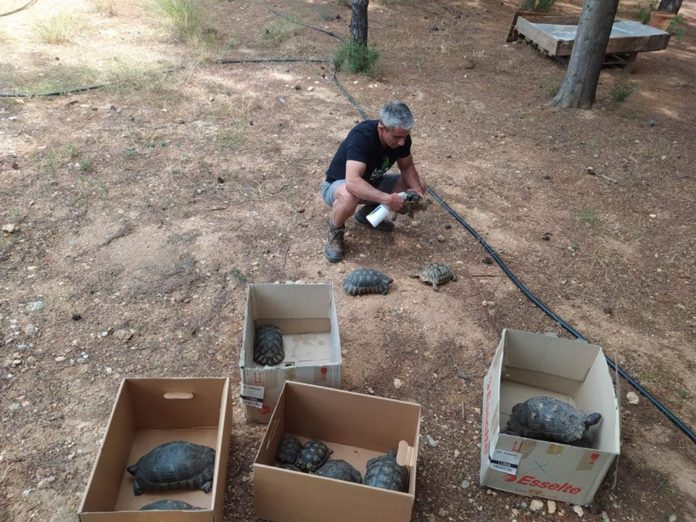 The Greek government has given a green light last month for the demolition of five structures on the former Elliniko Airport, an investment that would redevelop the area into a complex of luxury residences, hotels, and casino, offering plenty of job openings, but also causing an ecological destruction.

“Today is a very important day, a symbolic day,” Prime Minister Kyriakos Mitsotakis said last week on the first day of works at the Elliniko Airport.

The old airport has been abandoned since 2001 when a new larger airport was built in Spata.

Since then, hundreds of animals have found shelter inside the premises of the old buildings.

There are approximately more than 40 cats and several kittens, as well as a significant amount of wildlife animals, including turtles, foxes, hedgehogs, and bird nests.

“We managed to collect a small amount of turtles, hedgehogs from the old premises,” Maria Ganoti, the head of the Association for the Protection and Rehabitation of Wildlife, ANIMA, told Anadolu Agency.

However, “since the premises of the old airport were sealed with a fence, we have sent a request to Elliniko S.A. — one of the participating companies in this investment project — last week and we are waiting for their authorization to go and collect the rest of the animals” she added.

The association has received no answer until now.

All these years several animal welfare organizations have spent efforts to trap and neuter those cats and find them either another safe area to be relocated or put them for adoption.

Same efforts were spent for the wild animals within the premises to transfer them to their natural habitat.

According to the Greek law 4039/2012, the municipality is responsible for the neutering, collection, and welfare of stray and domestic animals — something that most municipalities in Greece have been ignoring for years, resulting to the masses of strays in the streets.

“The law states that the municipality is responsible for these actions,” Achilleas Kourepis, vice mayor of the Athenian northern suburb Kifisia, who is also responsible for animal welfare, told Anadolu Agency.

“There are however municipalities that are not interested or do not have the money,” he added. 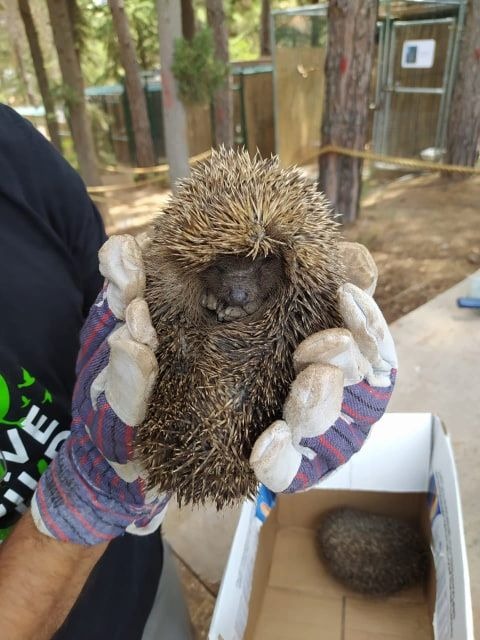 Despite these requests, the municipality of Argiroupoli-Elliniko has been ignoring these requests by animal advocacy groups like Adespotologio.

Recently ,on June 10, there was a meeting among the President of the Pan-Hellenic Animal Welfare and Environmental Federation Natassa Bobolaki, the Vice Mayor of the Municipality of Elliniko Argiroupoli Irene Stellaki, the General Manager of Elliniko S.A. Vaggelis Perperas, and the President of the Pan-Hellenic team Martha Poultidou against animal abuse.

A press release posted on the social media account of the municipality of Ellinko-Argiroupoli said the animals, more specifically the cats, in the premises of the old airport would be transported to a vet, examined, neutered, get a health book, get chipped, and eventually recorded in the municipality’s database as the law states.

Since then, not much has been done, and according to volunteers, the company responsible for the structure Elliniko S.A. placed a wire fence all around the airport making the animals’ collection and feeding process impossible.

A request from Adespotologio to help with the collection of the animals has not been accepted by the company.

Vivi Katifori, the president of Adespotologio, spoke with Anadolu Agency and said how the municipality has rejected their offer and not allowed them to participate in the meetings held to resolve the issue and how the matter was not of interest to any of the parties.

Finally, the problem took much publicity, partly through the efforts of the Pan-Hellenic Animal Welfare and Environmental Federation. But still, the municipality refused to assume responsibility.

“Meetings were set up, sometimes involving one of the volunteers, but not others” she said.

Since the beginning, it was made clear at every communication they had that they were not welcomed.

“Why do you care? You are not an animal welfare group of this area. You have no say in this matter,” were among the things they were told.

“We insisted to be heard, to talk to the company, to the municipality. We were treated with disrespect and ignored every time.”

Now the question is who is going to take responsibility for the masses of animals which are going to perish in the demolition process of the old airport.

The municipality is saying that the cats have been collected and the number of the animals is much less than what the volunteers say, despite the fact that they have been going there for years.

In his inaugural speech last Friday, Mitsotakis said that Elliniko will be “a modern, environmentally-friendly project that will symbolize the ‘new Greece’, and that everyone, he believes, envision it.

However, is it going to be an environment-friendly project if these animals die during the demolition of the old buildings?

Today, Adespotologio issued a press release saying that the animal welfare group submitted a request to the Chief Prosecutor of the Athens Court, requesting for the actions from the Prosecutor’s Office to allow entry to the volunteers in a smooth and safe manner, to help them continue collecting animals.

“In case there is indifference on the part of the involved bodies or the rescue of the animals is prevented, we ask that all the procedures provided by law be initiated,” the press release noted.

‘Turkmenistan reports no COVID-19 case in WHO region’