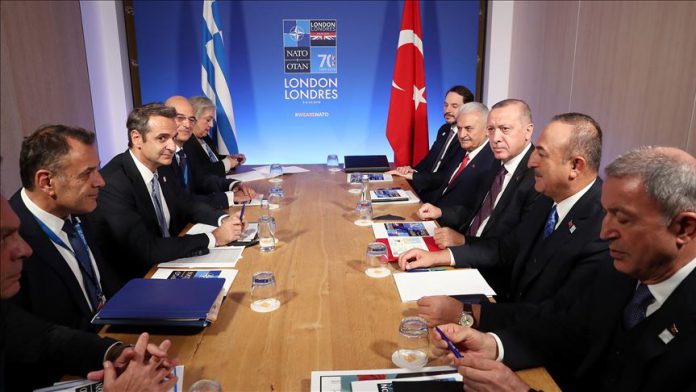 The problems in bilateral relations between Greece and Turkey can eventually be overcome “as long as both sides show good will” Greece’s prime minister told local media on Thursday.

Kyriakos Mitsotakis met with Turkish President Recep Tayyip Erdogan in Watford, London on Wednesday, and the two leaders had an open discussion that lasted an hour and a half on the sidelines of NATO leaders’ summit.

“I presented all the issues arising from the latest Turkish moves,” Mitsotakis told reporters, adding that the “disagreements” from both sides were noted and that both sides agreed to continue discussions on “confidence-building measures”.

Ebola cases in DR Congo rise to 74 in latest outbreak