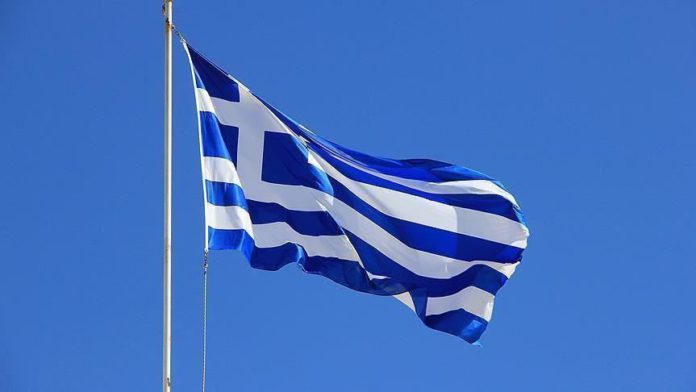 A court in Greece’s capital sentenced the leadership of a neo-Nazi political group to 13 years imprisonment.

Nikos Michaloliakos, the leader of the Golden Dawn, was convicted by the Athens Court of Appeals of forming and running a criminal organization in the pretext of a political party, along with the group’s other senior members, Christos Pappas, Ilias Kasidiaris, Ioannis Lagos, Giorgos Germenis and Ilias Panagiotaros.

Other Golden Dawn members were slapped with shorter sentences of five to seven years, accused only of membership in a criminal organization.

Giorgos Roupakias, who murdered the leftist musician Pavlos Fyssas in 2013, was found guilty of all charges related to the killing and sentenced to life in prison with an additional 10 years for his membership in the party.

Last week the Athens Court of Appeals found the leadership of the far-right Golden Dawn party guilty on charges of forming a criminal organization.

The long-running trial against the neo-Nazi political party came to an end on Wednesday with the announcement of the sentences, following over 450 hearings since 2015, when the trial began.

The group was charged with the fatal stabbing of Fyssas and attacks on activists affiliated with leftist groups, as well as Egyptian fishermen.

More than 20,000 people had gathered outside the Athens court, where the decision was to be announced. Around 2,000 police officers surrounded the area.

The decision was hailed by political parties represented in parliament, as well as President Katerina Sakellaropoulou.

“In our country’s long democratic tradition, phenomena of extreme political violence were always foreign,” Sakellaropoulou said, adding that the court’s ruling was a “confirmation that democracy and its institutions always have the capability to foil any attempt to undermine them.”

“Democracy has won today. It’s up to all of us for it to win every day,” said Prime Minister Kyriakos Mitsotakis in a separate statement.

For his part, Alexis Tsipras of the main opposition SYRIZA, said: “Today is a great day for our democracy.”

“They never were innocent. They knew it and we knew it. Today, Greek Justice confirmed this in a historic decision,” added the former premier.