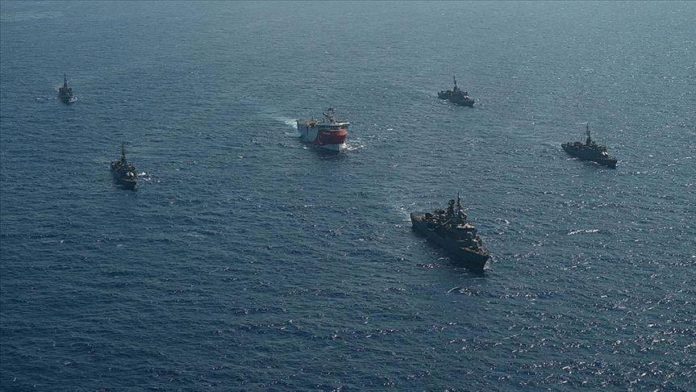 “This issue is extremely exploited by our neighbor. Dozens of Navtexes were announced in three months. Only two of them were used and the others not. This is harassment. This is extremely contrary to good neighborly relations,” Hulusi Akar told top commanders in a video conference.

A Navtex, or Navigational Telex, is a maritime communications system that allows ships to inform other vessels about their presence in an area as well as other information.

On developments in the Aegean and Eastern Mediterranean, Akar reiterated that Turkey is in favor of finding political solutions to problems as well as good neighborly relations and dialogue.

Underlining that being in favor of good neighborly relations should not be misunderstood, Akar added that it does not mean making compromises. Turkey will continue to defend its rights in the Aegean and Eastern Mediterranean.