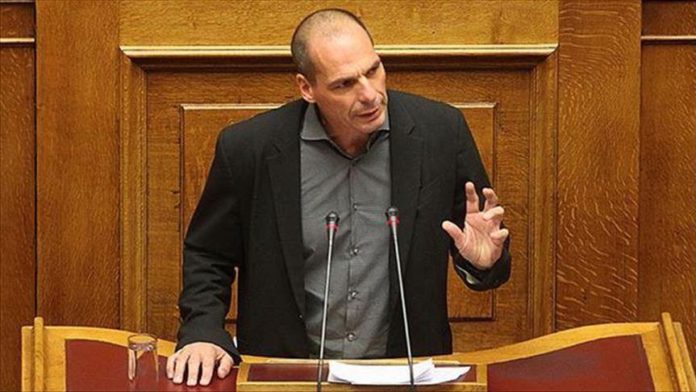 Varoufakis said whenever a government that serves the needs of Troika — a term that denotes the EU, International Monetary Fund and European Commission — enters into an agreement “in favor of national interests” only Turkey benefits from it.

He said the agreement signed with Italy further strengthens Turkey’s position on the Greek islands.

“Now, Ankara can reasonably say… that even large islands like Kefalonia that are located miles away from the coast of another country have only 70% influence, the small island of Kastelorizo [Meis], which is just across the Turkish coast how much influence is it reasonable to have?”

Another recent agreement on the partial demarcation of the exclusive economic zone (EEZ) between Greece and Egypt does not make any reference to international maritime law, but only dispute settlement of the two sides.

He said that his party, Mera 25 warned against the Greece-Cyprus-Israel Agreement as it only gives Turkey an upper hand.

He went on to say that his party proposes an international conference of all East Mediterranean countries including Turkey in order to define an EEZ and to set an agreement for the creation of a common network for renewable energy sources with floating wind turbines.

Tensions in the region are on the rise due to the exploration and drilling activities of hydrocarbon sources in the Mediterranean Sea.

WHO calls for clinical trial of Madagascar's virus cure

Epic victory at Australian Open moves Nadal one step ahead in...