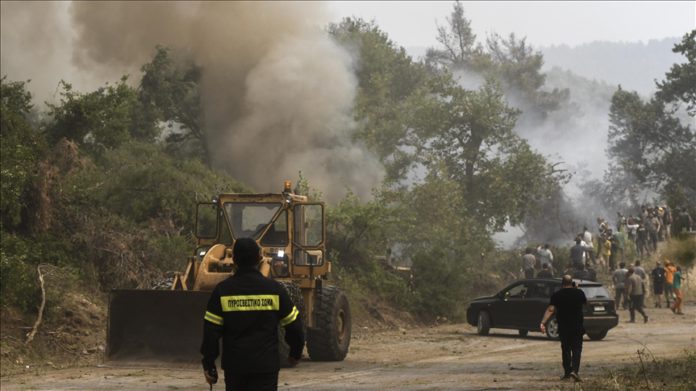 Dozens of villages were evacuated and thousands of residents were forced to leave their homes on Thursday because of forest fires in Greece.

Firefighters said a fire that ignited in the forest area in the Olympia region in the northwest of Peloponnese on Wednesday continued throughout the night and extraordinary efforts were made to protect the ancient city and the museum, which was threatened.

Prime Minister Kiryakos Mitsotakis, toured Olympia, made investigations and received information from authorities about the status of the fire.

Ninety people stuck on the coastline in Euboea were rescued by boats and at least 13 villages were evacuated as a precautionary measure, while an emergency was declared in the region.