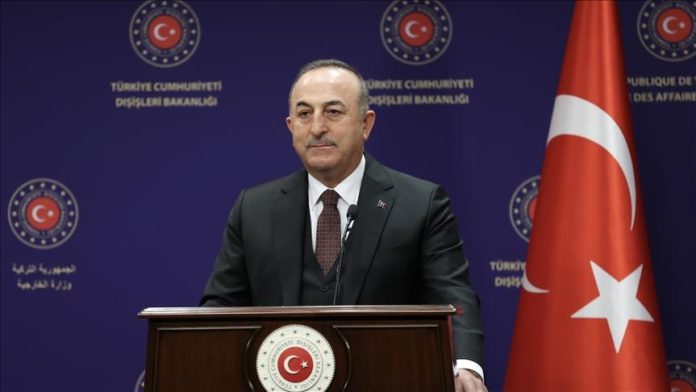 Turkiye’s foreign minister on Tuesday made clear he holds Greece along with the EU responsible for 19 irregular migrants who were found frozen to death near the countries’ shared border last week.

“As much as Greece, the EU is also to blame, because we know how Turkiye would be criticized if it did one-tenth of this,” Mevlut Cavusoglu told a joint news conference with his Finnish counterpart Pekka Haavisto in the Turkish capital Ankara.

“But on the contrary, Greece gets support in this regard and they have an excuse, (saying) ‘Greece protects the borders of the EU,’ whereas (in fact) the borders of Europe start from Turkiye in the east and south,” he added.

Cavusoglu said the migrants’ deaths are part of a pattern by Greece.

“Unfortunately Greece has continued its pushback policy by openly violating human rights in violation of international law,” he said, referring to thousands of asylum seekers pushed back by Greece, endangering their lives in the process.

“In the middle of the Aegean Sea, many immigrants lost their lives because of these pushbacks, even because Greece skewered these boats and pierced them with guns.”

These criticisms have nothing to do with Turkish-Greek relations, said Cavusoglu, adding that such acts have become Greek state policy, aided by the EU border agency Frontex.

Nineteen irregular migrants were found frozen to death near the border last week, having been stripped of their belongings, including clothes and shoes, before being pushed back to Turkiye by Greek border officials.

Greece, calling the incident a “tragedy,” firmly denied any involvement.

Turkiye and international human rights groups have criticized Greece’s inhumane treatment of migrants and accused it of disregarding the Universal Declaration of Human Rights.