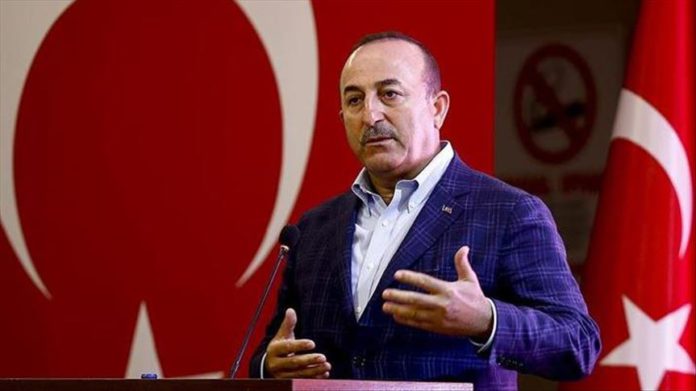 Turkey’s top diplomat on Thursday said Greece and Egypt violated the rights and continental shelves of Turkey and Libya by signing a maritime deal on exclusive economic zones (EEZ) in the Eastern Mediterranean.

In an exclusive interview with Anadolu Agency, Mevlut Cavusoglu stressed that the text and map of the agreement had yet to be revealed, adding: “However, it’s obvious by the given coordinates that the deal not only violates the rights and continental shelf of Turkey but also of Libya.”

“Hence, an agreement that violates our continental shelf, which we have reported to the UN, is null and void and the reason why we’ve come to this point is that countries like Greece and the Greek Cypriot administration, are trying to sign agreements with Egypt and Israel while ignoring Turkey,” Cavusoglu added.

“We’ll continue to show them and the world that this agreement is null and void on the table and in the field.”

Egypt announced earlier on Thursday that it signed a bilateral agreement with Greece on the delimitation of maritime jurisdictions between the two countries in the Eastern Mediterranean.

US defense head says he wasn't briefed on Russia bounty