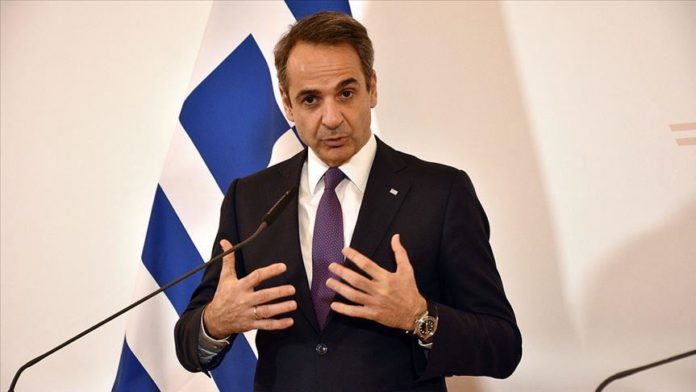 Athens and Cairo have agreed to expand the Exclusive Economic Zone (EEZ) agreement in the Eastern Mediterranean, the Greek prime minister announced on Wednesday.

Speaking at a news conference with visiting Egyptian President Abdel Fattah al-Sisi in the capital Athens, Kyriakos Mitsotakis said that both are willing to “expand” the EEZ deal, which, he says, “sets an example for prosperity, peace and cooperation”.

Mitsotakis also underlined the timing of al-Sisi’s visit, saying the meeting takes place a few days after the US elects its new president.

President Biden will help restore balance and security in the region, he shared his hopes.

Al-Sisi, for his part, added that both sides agreed that there should be a political solution in Libya.

“We also agreed to strengthen each other in terms of defense relations,” he added.

The Egyptian president also met with his Greek counterpart Katerina Sakellaropoulou during his visit to Athens on Wednesday.

Turkey declared the Greek-Egyptian deal “null and void, and resumed energy exploration in the Eastern Mediterranean.

On Aug. 10, Turkey announced that its Oruc Reis vessel would continue its activities in an area within Turkey’s continental shelf.

Today, Turkey issued a navigational telex, or Navtex, for the area in the Eastern Mediterranean where it will conduct seismic research activities until Nov. 23.