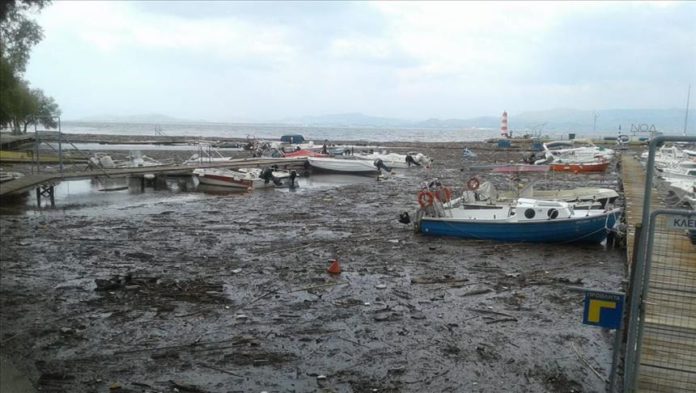 The death toll has climbed to eight from flash floods triggered by thunderstorms that hit the Greek island of Evia, authorities said on Monday.

The body of a missing man washed ashore early this morning in Kalamos, mainland Greece.

The weekend flooding has damaged roads and bridges especially in the south of Halkida, nearly 100 kilometers (62 miles) from Athens.

In the areas of Bourtzi and Lefkanti a river burst through its banks and inundated several houses. Cars have also drifted away.

Road connections are cut and the only way to reach the island is by ferry.

The Fire Department received 47 calls from people trapped inside their homes. At least eight of these calls were responded to and helicopters evacuated people.

Prime Minster Kyriakos Mitsotakis said he will stand by the people who lost their properties and businesses as well as farmers whose farmlands are inundated.

“I realize that it may be not just this year’s crop they lost, but their farmland may have also suffered infrastructural damage,“ he said, promising faster compensation.

Mitsotakis also said that a plan will be announced on Tuesday after a team will assess the damages in the area.