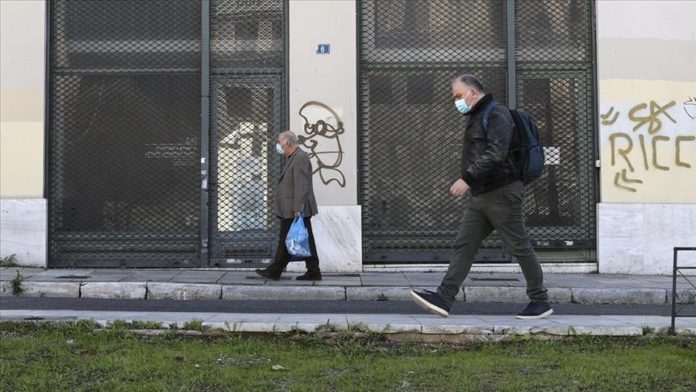 Greece confirmed 2,702 new coronavirus infections in the last 24 hours, setting a new record on daily cases since the beginning of the year, health authorities reported on Wednesday.

Attica region whose healthcare system is under the most strain, recorded nearly half of the total with 1,269 new cases, while Thessaloniki reported 314, health authorities reported.

Of the new daily cases, 20 were identified at entry points to the country.

So far, Greece has a confirmed total of 197,279 infections with (daily change: +1.4 percent) the National Public Health Organization (EODY) said.

Another 40 deaths were also registered in the last 24 hours, bringing the total of casualties since the first outbreak to 6,597.

The number of intubated patients increased slightly to 431 from Tuesday’s 422 (70.1% are men) according to authorities.

Meanwhile new measures were announced at a press conference briefing chaired by Deputy Minister for Civil Protection Nikos Hardalias in an aim to curb the exponential increase in daily cases in Greece.

Since November last year, citizens were required to send an SMS (text message), stating their purpose of leaving their home using six codes.

As of Thursday 6 a.m., for citizens using the SMS to leave their home, it will become stricter. Specifically, visiting the super market, convenient stores (code2) and banks (code 3) will be restricted to the municipality of residence or within a 2 km radius.

So far, restrictions on movement to other municipalities were not constrained.

Residents using code 6, the most violated code according to authorities, for personal exercise and walking a pet will only be allowed to do so on foot.

Hardalias also announced that more thorough inspections will be conducted on violations of code 4 which is assisting someone in need.

New COVID variant 'could already be' in US, says CDC