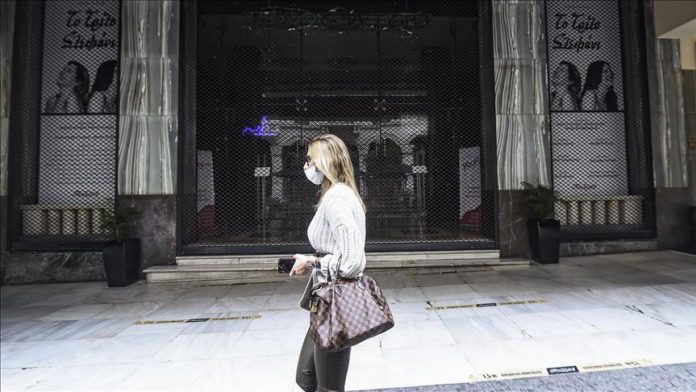 Of the new infections, 11 were identified at the country’s entry points, the National Public Health Organization (EODY) said.

The nationwide tally of cases now stands at 69,675 of which more than 4,601 are related to travel abroad.

Intubated patients continue to rise and have reached 336 in the last 24 hours.

Health authorities recorded another 38 deaths raising the overall toll to 997.

Meanwhile, the Northern city of Thessaloniki still recorded the highest number of cases with 725 infections and Attica region is second with 697.

According to local media, the government is expected to take extra measures in order to control the spread of the virus and announce the closure of primary schools.

Greece’s increase in cases has prompted UK authorities to take extra measures on travelers arriving to the UK from Greece.

All passengers arriving from Greek airports are expected to self isolate for two weeks apart from the islands of Corfu, Crete, Kos, Rhodes and Zakynthos.