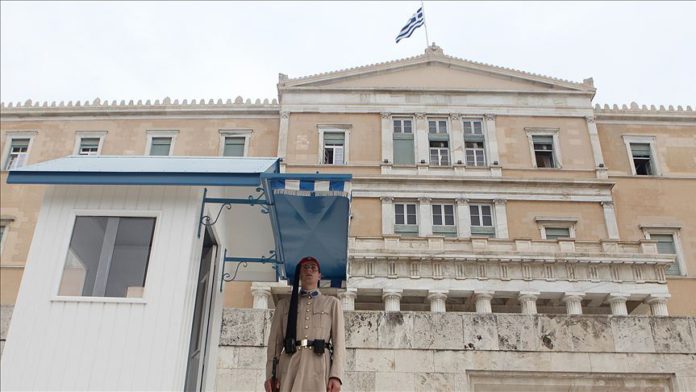 Greece on Saturday condemned the burning of the Turkish flag during protests in Thessaloniki a day earlier against the reopening of the Hagia Sophia Grand Mosque.

“We categorically condemn any action that desecrates a national symbol of any country, in this case of Turkey,” Greece’s Foreign Ministry said in a tweet.

The statement came after Turkey slammed Greek authorities for showing their “hostility towards Islam and Turkey under the pretext of reacting to the opening of the Hagia Sophia Mosque to worship.”

“We strongly condemn hostile statements made by members of the Greek Government and Parliament provoking the public opinion and allowing the burning of our glorious flag in Thessaloniki,” Hami Aksoy, spokesman for Turkey’s Foreign Ministry, said in a written statement.

Thousands of people took part in Friday prayer both inside and outside the historic mosque in Istanbul, Turkey’s largest metropolis.

Besides being a working mosque, Hagia Sophia is also among Turkey’s top tourism destinations and will remain open for domestic and foreign visitors.