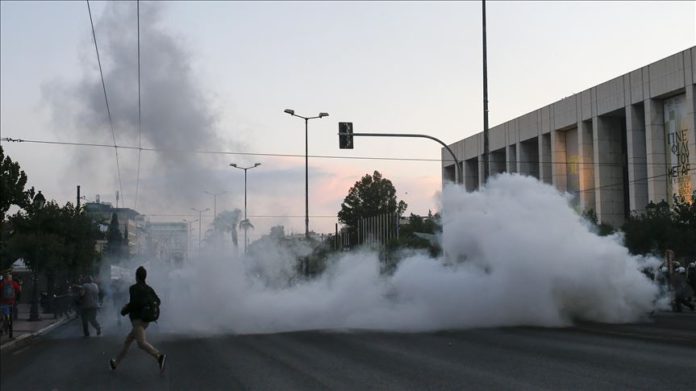 Clashes took place between demonstrators and riot police outside the US Embassy in Athens on Wednesday during a march over the death of an American black man, George Floyd.

Floyd was suffocated after a white police officer kneeled on his neck for nearly 9 minutes during an arrest in Minneapolis city of Minnesota.

According to police reports, demonstrators started throwing fire bombs and rocks at officers outside the Embassy while fires were lit at the surrounding bins. Police responded with tear gas.

The march, which started just after 8 pm local time, was organized by leftist groups.

21,100 arrive in Athens on 1st day of border reopening

December 3, 2019
We use cookies to ensure that we give you the best experience on our website. If you continue to use this site we will assume that you are happy with it.Ok