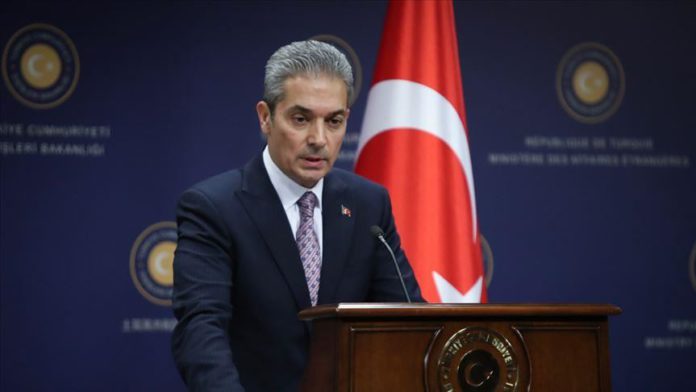 Turkey will not allow Greece to unilaterally redraw the border in a fait accompli, but bilateral technical talks as proposed by Turkey could solve the issue, a Turkish official said on Saturday.

After Greece on April 15 notified Turkey’s Foreign Ministry it was building a fence along their shared land border, the ministry wrote a note on May 11 asking Athens to give the fence’s exact location and convene a bilateral commission to ensure the border is not violated, said ministry spokesman Hami Aksoy in a statement.

The note also told the Greek side that no fence should be built “without technical coordination between the two countries” as the Meric River along the countries’ borders has changed course since a 1926 border pact.

The violation was immediately intercepted by relevant authorities through necessary measures, he said.

“The issue can be resolved if the meetings we have proposed between technical delegations of both countries take place. A fait accompli at our borders will under no circumstances be tolerated,” he added.