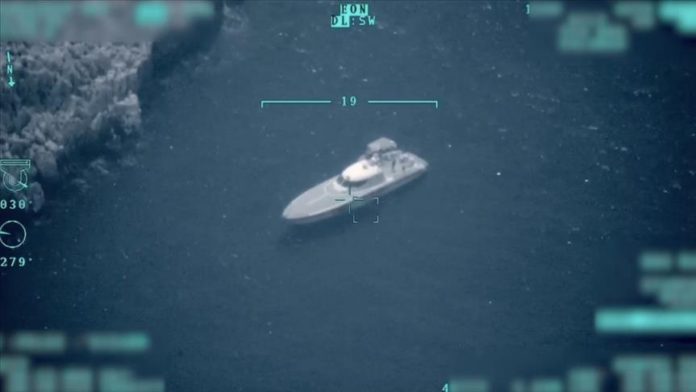 The Turkish Coast Guard rescued a group of asylum seekers who were abandoned by a Greek Coast Guard boat on an uninhabited Turkish island, said an official statement on Sunday.

The Greek boat dropping off the asylum seekers on the Mediterranean island of Basak, near the coastal town of Kas in the Antalya province, was seen by drones assisting in local firefighting efforts, the National Defense Ministry said.

After the irregular migrants were abandoned without survival supplies on the uninhabited island, they were quickly rescued by the Turkish Coast Guard Command, said a ministry statement.

Decrying how Greece has committed such inhumane practices before, the ministry said abandoning the asylum seekers was inappropriate and violated international law.

In recent years, numerous accounts by asylum seekers have accused Greek forces of abusing them along the border, in some cases even stripping them and robbing them of their possessions.

​​​​​​​Turkey has repeatedly condemned Greece illegally pushing back asylum seekers – a practice also been condemned by international human rights groups – saying it violates humanitarian values and international law by endangering the lives of vulnerable migrants, including women and children.