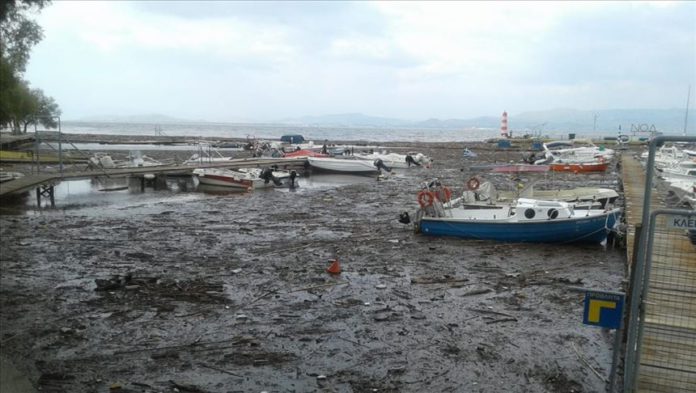 At least six people died in flash floods triggered by thunderstorms and heavy rain that hit the eastern Greek island of Evia, authorities said on Sunday.

An 8-month-old infant, and an elderly couple are among the dead.

The deluge has caused massive destruction, damaging roads and bridges, especially in the south of Halkida, around 100 km (62.1 miles) from Athens, and in the areas of Bourtzi and Lefkanti, where a river burst its banks and inundated several houses. Cars have also drifted away.

Road connections are cut, and the only way to reach the island is by a ferry.

The fire department received 495 calls, 47 of which concerned people trapped at homes and in their vehicles. At least eight of the 47 were evacuated by helicopters.