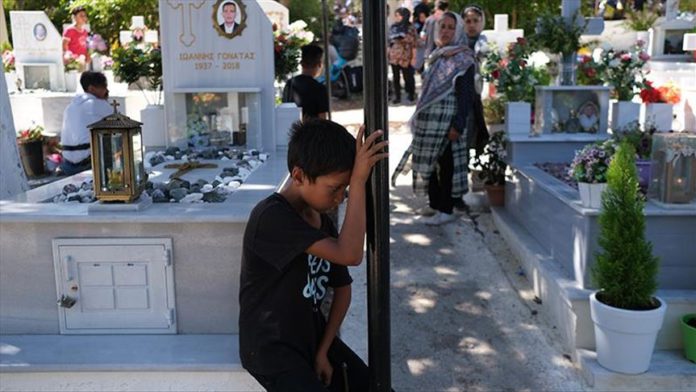 Some 400 unaccompanied children from a Greek refugee camp gutted in a fire a day earlier were transferred to the city of Thessaloniki, authorities said on Thursday.

The children were moved to the port city on three flights, hours after a deadly fire forced thousands of migrants and refugees to flee the Moria camp on the Eastern Aegean island of Lesbos on Wednesday morning.

According to Greece’s Migration and Asylum Ministry, the transport started in the late hours of Wednesday and was completed on Thursday.

The process was coordinated by the ministry’s Special Secretariat for Unaccompanied Minors and funded by the European Commission.

All the children were tested for COVID-19 prior to their departure and will be quarantined for 10 days as a precaution, the ministry said.

Officials said the fire had destroyed 80 percent of the Moria camp – recently home to around 13,000 people, about four times its capacity – leaving thousands of people without shelter, food, and other basic facilities on the island.

While there has been no headway in efforts to ascertain the cause, Greek authorities are probing the possibility the fires were deliberately started by a group of refugees who tested positive for COVID-19 and refused to be placed in isolation.

Notis Mitarachi, minister for migration and asylum, said a passenger ferry and two naval ships will be used to accommodate about 2,000 refugees who are without shelter after the fire at Moria camp.