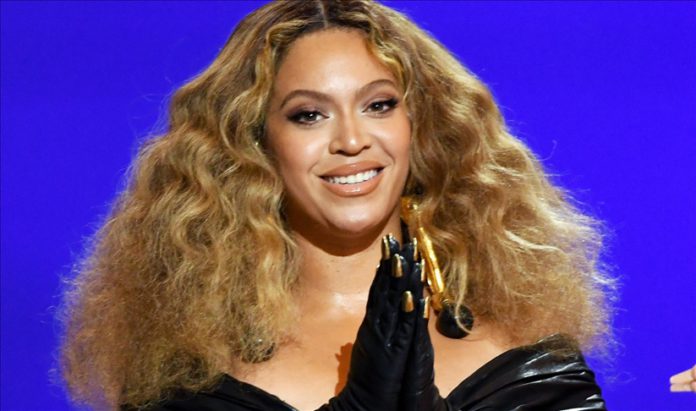 Beyonce has become Sunday the most Grammy-winning female artist in history with more awards than any male or female performer.

After grabbing her 28th trophy with Best R&B Performance for “Black Parade” at the 63rd annual Grammy Awards, she is now tied with 88-year-old producer Quincy Jones.

“As an artist, I believe it’s my job and all of our jobs to reflect the times and it’s been such a difficult time. So I wanted to uplift, encourage, and celebrate all of the beautiful Black queens and kings that continue to inspire me and inspire the whole world,” she said at the LA Convention Center, where The Daily Show’s Trevor Noah was the host.

“This is so overwhelming, I’ve been working my whole life since 9 years old,” said Beyonce Giselle Knowles-Carter, 39, who won her first Grammy in 2001 as a part of Destiny’s Child when she was 19.

Billie Eilish, 19, has won Record of the Year for the second year in a row with “Everything I Wanted” and Taylor Swift won Album of the Year with “Folklore.” While “I Can’t Breathe” performed by H.E.R. won the Song of the Year, Megan Thee Stallion was awarded Best New Artist. Rewarded for her album Folklore, Taylor Swift also made history by becoming the first female artist ever to win album of the year three times.