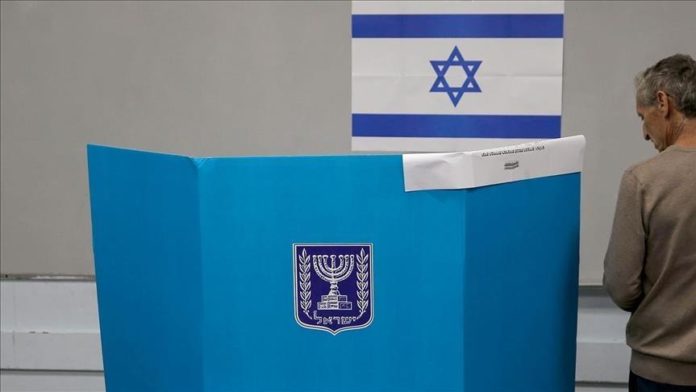 The results of an opinion poll published on Friday suggested that Israel could once again find itself facing a bumpy road to form a government after the approaching elections scheduled for next Tuesday.

According to the poll conducted by the research center of Israeli daily Maariv, the right-wing Likud party headed by Prime Minister Benjamin Netanyahu still enjoyed the most popular support but would not be able to form a government by itself, as it would only garner 30 of the Knesset’s 120 seats.

The poll predicted that the opposition centrist Yesh Atid (There Is A Future) party led by Yair Lapid would gain 19 seats.

It also said Netanyahu’s allies in other parties would receive 19 seats — eight for the ultra-Orthodox Shas party, six for the religious-Haredi United Torah Judaism (UTJ) and five for the far-right Religious Zionism party.
This indicates that Netanyahu would gain 49 votes in Israel’s parliament, which would be 12 seats short of a simple majority required to form a government.

Netanyahu hopes to attract two other right-wing parties to form a potential government, namely the Yamina party, expected to gain ten seats, and the New Hope party headed by Gideon Sa’ar, who split from the Likud will gain eight seats.

On the other side, opposition leader Lapid hopes to form a coalition government in agreement with Yamina and New Hope, along with the right-wing secularist Yisrael Beytenu which is forecast to gain eight seats, the center-left Labour Party with five seats, the right-wing Blue and White party with five seats and the left-wing Meretz with four seats.

Lapid also hopes to gain the votes of the Joint List, which is a coalition between three Arab parties, expected to win eight seats.

Another Arab party under the United Arab List (Ra’am) in southern Israel headed by lawmaker Mansour Abbas is predicted to win four seats.
The Maariv daily said the poll was conducted on Thursday and included 1,001 respondents with an error margin of 3.2%.

Next week’s ballot will be the fourth Israeli parliamentary election in less than two years, after the last elections in March 2020, which was preceded by two earlier rounds in April 2019 and September 2019.