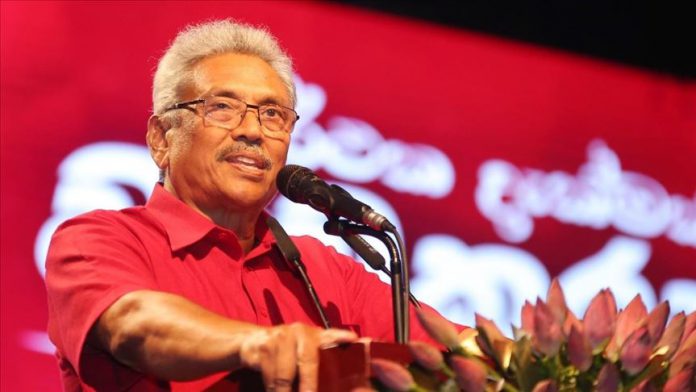 Chief Justice Jayantha Jayasuriya administered the oath of office to Rajapaksa at the 140 B.C. Ruwanweli Seya Buddhist temple in the ancient kingdom of Anuradhapura in north-central Sri Lanka. He became the seventh president and first former military officer to assume this highest office in the Buddhist majority South Asian island nation.

Born in Palatuwa in the Matara district,