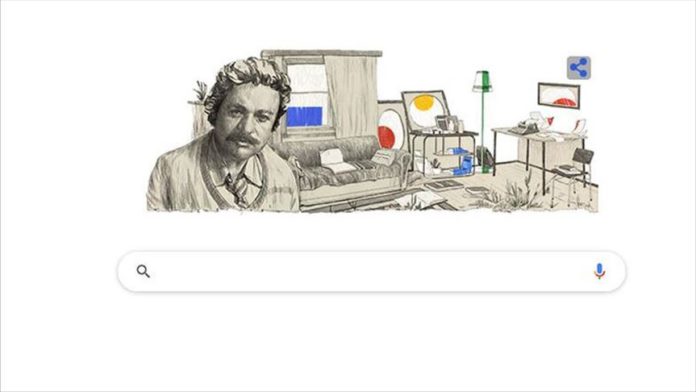 Google on Monday marked the 86th birthday of Turkish author Oguz Atay, a pioneer of the modern novel in Turkey.

The search engine’s homepage, which is often altered to commemorate holidays, events, achievements, and notable historical figures, showed a caricature of Atay in his room.

“Today’s #GoogleDoodle celebrates Turkish author, playwright, engineer, & professor Oğuz Atay, whose debut 1972 novel “Tutanmayanlar” is widely acclaimed as one of the most significant 20th-century Turkish novels,” it said in a tweet.

Atay was born on Oct. 12, 1934 in the Black Sea province of Kastamonu. Following his early education in the capital Ankara, he graduated from Istanbul Technical University’s Faculty of Civil Engineering.

Atay worked at a ferry port in Istanbul from 1957 to 1959 but resigned to become a lecturer at Yildiz Technical University, and became an associate professor in 1975.

His novel, Tutunamayanlar (The Disconnected), brought Atay national attention, and he won the Turkish Radio and Television (TRT)’s Novel Award in 1970.

The book criticizes social change and attitude of intellectuals after 1960 in Turkey. It was identified by UNESCO in 2002 as an important literary work in need of an English translation. It has since been translated into English, Dutch, and German.

Palestinians rally in support of Arabs in Israel’s Negev