TurkishPress
Home News Gone with the Wind: A true Hollywood legend passes away 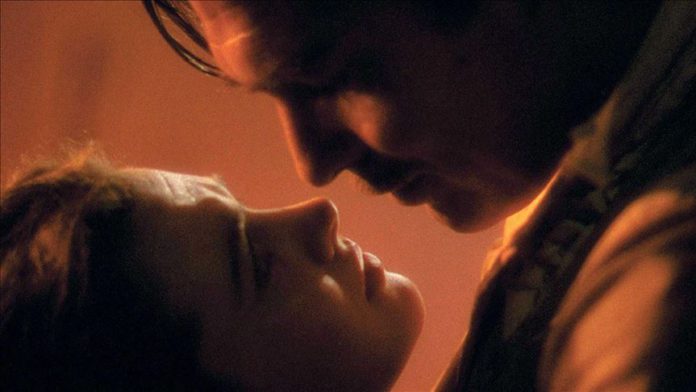 When Olivia de Havilland, one of Hollywood’s best-loved leading ladies, died Sunday, July 26 at her home in Paris, France, she left behind a rich legacy on the silver screen, including a turn in the epic historical romance Gone With the Wind and two Oscar wins.

She passed away peacefully at age 104 from natural causes, according to a statement from her publicist, Lisa Goldberg.

The legendary actress received the coveted Academy Awards for Best Actress twice in less than five years, in 1946 for To Each His Own, and in 1949 for The Heiress.

De Havilland also got three other Oscar nods, including for her celebrated role as the bright-faced Melanie in 1939’s Gone With the Wind, a controversial yet enduring classic.

Over her lifetime she received numerous awards, nominations, and honors, including the Golden Globe, Emmy, Venice Film Festival, and National Medal of Arts. In 1960 she received a star on the Hollywood Walk of Fame.

2010 saw de Havilland graced with the Legion of Honor in her adopted home of France from then-President Nicolas Sarkozy.

Seven years later, Queen Elizabeth bestowed de Havilland with the illustrious Dame Commander of the Order of the British Empire for her contributions to the arts.

Groomed from the start

De Havilland was born Olivia Mary de Havilland on July 1, 1916 in Tokyo, Japan to British parents, an actress mother and her father, a professor and attorney. Her parents got a divorce when de Havilland was just three, her mother then moving herself, Olivia, and younger sister Joan to Saratoga, California.

Also a renowned actress, de Havilland’s younger sister Joan Fontaine is known for roles in Alfred Hitchcock classics Rebecca (for which she won an Oscar) and Suspicion as well as The Women. The two maintained a frosty lifelong relationship.

Thanks to their mother, who taught diction and elocution, both daughters grew up immersed in the arts, taking ballet and piano lessons as well.

In high school, de Havilland acted in school plays and community theater. Just after graduating, she was discovered while performing the role of Puck in her community theater’s production of A Midsummer Night’s Dream.

When Austrian director Max Reinhardt was putting up the Shakespearean comedy as well at The Hollywood Bowl, he offered de Havilland the role of Hermia, then suggesting the same to her for the Warner Brothers film shortly thereafter.

Despite having received a scholarship at the nearby Mills College to pursue studies to be an English teacher, in November 1934, de Havilland signed on with Warner Brothers and the rest, as they say, is movie history.

And what a history it is: Over six decades, de Havilland would star in 49 motion pictures, seven short subject films, numerous television shows, and five stage plays.

She rocketed to stardom starring opposite some of the biggest leading men of her day, from James Cagney to Errol Flynn to Richard Burton to Montgomery Clift.

It didn’t take long for de Havilland to become box office gold: Captain Blood, only her fourth film, won four Oscars; the next, Anthony Adverse, was nominated for six. Two years after her start, she starred in three films, the next year four, and the year after that, 1939, five, including the box office smash Gone With the Wind.

Although an MGM production, Warner’s rival, producer David O. Selznick had his sights set on the young actress, whom he felt would be a perfect fit for the character of Melanie Hamilton Wilkes, the self-assured and loving sister-in-law to Scarlett O’Hara, the headstrong daughter of a plantation owner secretly in love with Melanie’s husband Ashley.

De Havilland was well aware of the film’s imminence, and had a keen interest in playing Melanie. She eventually changed the mind of studio head Jack Warner and got the role, earning an Oscar nomination for Best Supporting Actress for her performance. The film won 10 Oscars, including Best Picture.

A quiet yet determined beauty meant de Havilland could morph into multitudinous roles, from charming good girl to outspoken woman. She possessed a carriage that had her easily play the heroine; a sauciness that saw her become a conniving wife; a regularity that meant she could slip into the role of a teacher; an all-American face that was fitting for Westerns; and a sweetness that made her the perfect debutante.

Talents beyond stage and screen

But de Havilland was also known for her tenacity. In August 1943, she filed suit against the studio that gave her her start, taking Warner Brothers to California Superior Court seeking to be let out of her seven-year contract. De Havilland had refused certain roles she had been cast in, feeling they continued to typecast her as the sweet love interest or a high society girl.

For that, the star was suspended several times, with the studio tacking on six months to the end of her contract to make up for it. The court eventually ruled in de Havilland’s favor, with the judgement weakening studio’s power in relation to the stars’.

De Havilland was married twice, first to journalist Marcus Goodrich in 1946 until 1953, with whom she had a son, Benjamin, then to Frenchman Pierre Galante in 1955 until 1979. De Havilland met her second husband when she was invited to the Cannes Film Festival which Galante was covering as executive editor for Paris Match.

The two had one daughter, Giselle, and settled in Paris’s 16th arrondissement, where the actress would live for the rest of her life. She will always be remembered for her classic performances, and her best role of all, that of cultural icon.

US says China has failed to embrace market-oriented WTO principles in...